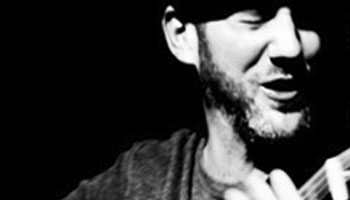 “The first time I heard the guitar I was still in my mother’s womb” says Adam Rafferty. Born and raised in Harlem, Adam started playing blues guitar at age 6, got mugged in front of his building at 10, played in a hard rock band at 12, was ripped off by a club owner on his fi rst gig at 15, and by 18 he was a rapper on a gold record overseas. He’s led a true musician’s life since his earliest days on planet earth. By 19 he was playing guitar professionally and at 20 he was playing an after hours joint in Harlem on 137 street and Adam Clayton Boulevard where the band leader regularly drank himself into to oblivion and threatened customers with a 10 inch kitchen knife. Adam has played in the New York City subway on up to New York’s and Europes most upscale music rooms and concert halls. He’s led his own band through Europe, produced his own albums, and never doubted for one minute his sole purpose in life to play the guitar.

You hear that Adam has paid his dues. You hear it in his feeling for the blues, in his groove, in his touch. History and life experience fi res this man’s music, puts the “sizzle” in the “steak”. Adam Rafferty (a.k.a. “Raf”) has played as a fi rst-call guitarist with the greatest musicians on the planet at countless music festivals (US and Europe), concert halls with Dr. Lonnie Smith, The Dizzy Gillespie Big Band, L.A. Studio legend Bennie Wallace, bassist Bob Cranshaw from the original Saturday Night Live band)to name a few. Students have fl own across the country and from Europe to tap Adam’s brain for of guitar knowledge. He’s taught countless workshops, written 2 books and has a new instructional DVD available where he teaches fi ngerstyle versions of Stevie Wonder’s most popular songs. And now he is playing solo acoustic guitar. In just a few years, he’s become a YouTube guitar sensation – his views are in the millions. Due to this new popularity he’s being discovered and this year he performed festivals in Bangkok, Helsinki, Germany and Austria to name a few.

Among Adam’s musical innovations is the ability to play 2 simultanoeous melodies on the guitar and do hip hop fl avored “human beatbox” with his mouth at the same time. Some say that hIs solo version of Herbie Hancock’s “Chameleon” sounds like the “guitarist with 3 heads”. It has to be heard to be believed. His solo versions of Michael Jackson’s “Billie Jean” and Stevie Wonder’s “Superstition” are his most popular and requested songs and can be heard on YouTube as well. Basslines, horn parts and vocals are replicated and the groove will make you jump out of your seat.

“When I was a kid my Dad played his old Martin guitar for me – that’s the original magic that turned me on to music. I remember the smell of the wood, the crispy sound of the steel strings, and my connection with my Dad. Playing acoustic guitar feels like coming home to me.”

“I choose songs with strong melodies that I love to hear. It’s not even about ‘playing guitar’ at this point – it’s about conveying music and leading listeners through a musical experience. The guitar is my tool to do that. There is so much music here, right here on this guitar of mine, I’ll never get it done – but boy do I love working on it and sharing it with others.” “I am so grateful for all the opportunities I have had and continue to have” Adam concludes.

“And I’m also thankful for the hardships. That’s why I called my fi rst solo album ‘Gratitude’. Thank You, Universe, for all that you have given and continue to give to me.”