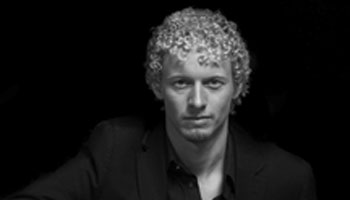 The Swedish guitarist and composer Johannes Möller has captivated audiences throughout the world with charismatic and soulful performances. In 2010 he was awarded first prize in the GFA Concert Artist Competition, considered by many to be the most prestigious guitar competition in the world.
As a performer, Johannes’ artistry has reached well beyond the usual guitar circles. This was confirmed in March 2008 when he won the Dutch Vriendenkrans Concours while competing against performers in all instrumental categories. As a part of this award his name has been engraved on a metal plate that can be seen in the Concertgebouw in Amsterdam. In 2009, he won a “European Guitar Award” for his guitar solo compositions.
Johannes has earned a Bachelor of Music with Honors from the Royal College of Music in London where he studied guitar with Gary Ryan and Carlos Bonell and composition with William Mival. He has received a Master’s degree from the Royal Conservatoire in The Hague where he studied with Zoran Dukic. He also received a scholarship for excellent students from the Royal Conservatoire that allowed him to study privately with Pavel Steidl in Czech Republic as well as composition lessons with Dusan Bogdanovic in the USA. He completed a second Master’s degree at the Conservatoire in Amsterdam where he studied guitar with Lex Eisenhardt and composition with Richard Ayres.