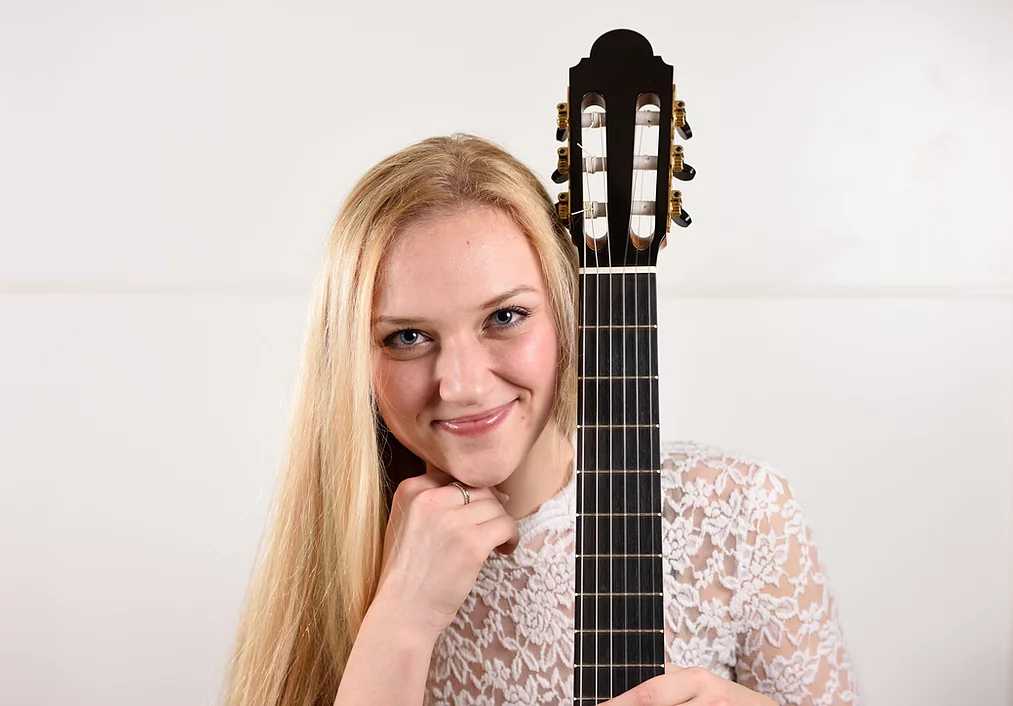 Julia Trintschuk started playing the guitar at the age of four with her father. At the early age of six she became a student of Prof. Mario Sicca. Later she continued her studies with Martin Wiedmann, Prof. Johannes Monno, Ivo and Sofia Kaltchev and Mateus dela Fonte.

Julia Trintschuk launched her performance career at the age of 16 with the well-known “Concierto de Aranjuez” by Joaquin Rodrigo and has played as a soloist and chamber musician in places all over the world such as Russia, Mexico, Spain, Italy, Slovakia, Poland, Switzerland, Austria, the Netherlands and Germany.

​Currently Julia is making her Bachelor’s degree at the University of Music and Performing Arts Stuttgart in the class of Mateus dela Fonte.

“With her skill, she seems to be able to walk through all the techniques of the guitar playing effortlessly, integrating her listeners into the incredible possibilities offered by the guitar.”

“The lightness of her perfomances is magnificent.”

“She creates a tender and many-faceted soundscape.”