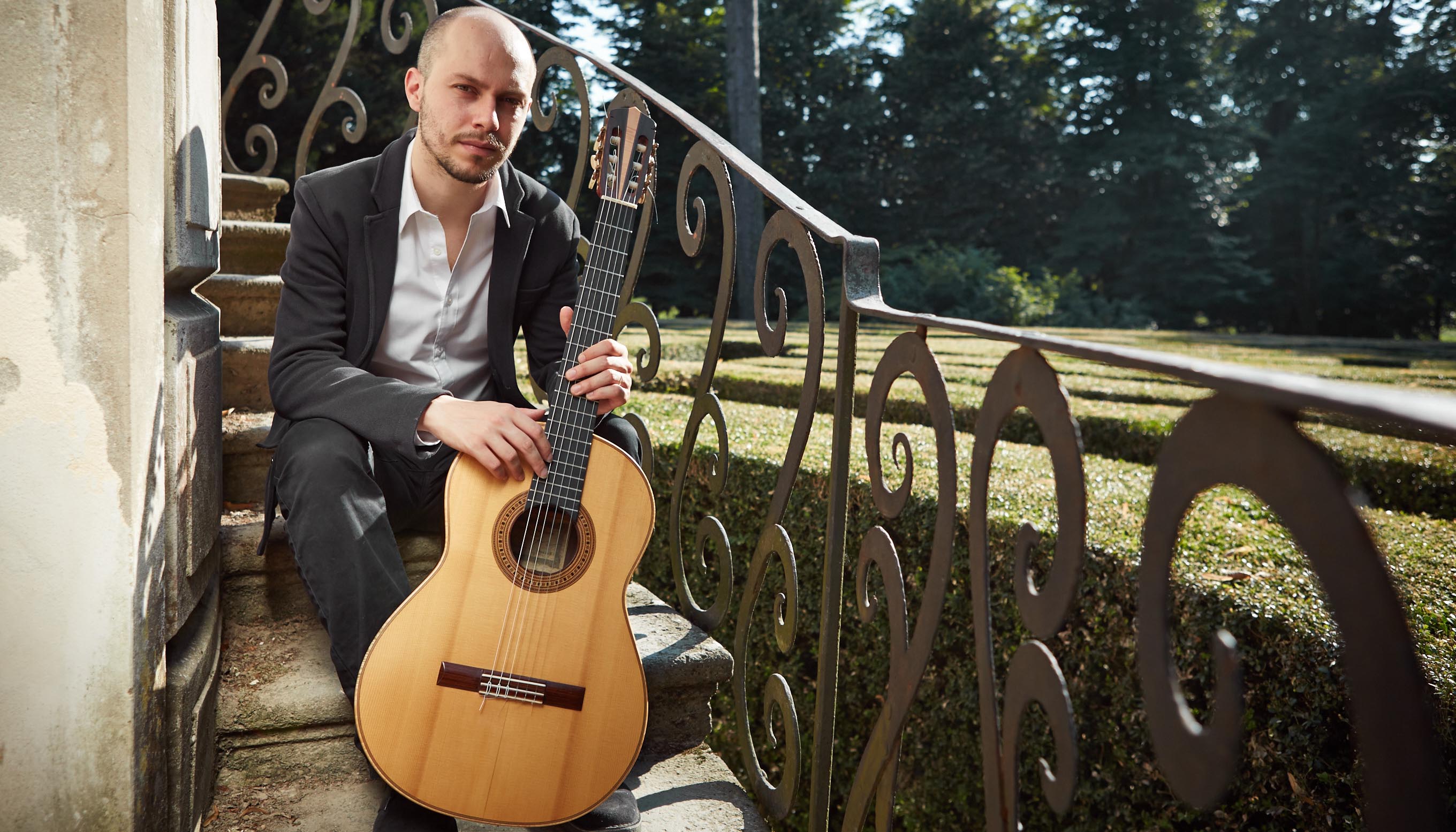 The American Record Guide praised his Scarlatti as “The best Scarlatti I’ve heard on solo guitar”, and Classical Guitar Magazine wrote: “Superb recording from the prodigiously talented Mesirca”.
The Italian guitarist Alberto Mesirca was born in 1984.
He completed his Bachelor and Master of Arts at the Conservatory of Castelfranco Veneto, in the class of the eminent teacher Gianfranco Volpato, ending them with highest score, “Summa cum laude” and special honor mention. Further studies were made at the Music Academy of Kassel, in Germany, with Wolfgang Lendle. His Konzert-Examen was praised with highest Honors. He won for three times the “Golden Guitar”, for Best Recording in 2007 and as Best Upcoming Artist of the Year in 2009 and in 2013, again for Best Recording.
With the collaboration of Hopkinson Smith and Franco Pavan he published the previously unknown and unpublished compositions by Francesco Da Milano which appeared in the Castelfranco Veneto 1565 Lute Manuscript, distributed now by Orphee Editions. The re-discovery led Dusan Bogdanovic to write a composition for Alberto on a theme of Da Milano called “Tre Ricercari sulla Compagna”.
In hundreds of concerts he had the chance to work with excellent musicians such as Dimitri Ashkenazy, Vladimir Mendelssohn, Martin Rummel, Daniel Rowland, Domenico Nordio, Marco De Santi, Andras Adorjan, Peter and Jonas Giger, Mirko Satto, the Enesco, Ardeo and Acies string quartets, Quartetto d’Archi di Venezia, ChamberJam Europe and Ex Novo Ensemble.
In collaboration with Marc Ribot he recorded the complete guitar works of the Haitian composer Frantz Casséus. In december 2011 Alberto was responsible of the digitalization and creation of the Musical Archive of the Beyazit Library in Istanbul, Turkey.
Alberto Mesirca has premiered a composition at the 2013 Kuhmo Chamber Music Festival composed for him by Leo Brouwer. In 2014 he had the chance to perform in many concerts, among which there were concerts at the City Hall of Helsinki, for the Guitar Foundation of America in Los Angeles (premiering Angelo Gilardino’s Due Ritratti Italiani), at the Italian Institutes of Culture in San Francisco and Stockholm, at the International Chamber Music Festivals of Stift, Kuhmo, Lessines, for the “Semana Tarrega” in Valencia and in New York with Marc Ribot, and with the Orquesta Sinfonica Nacional de Ecuador.