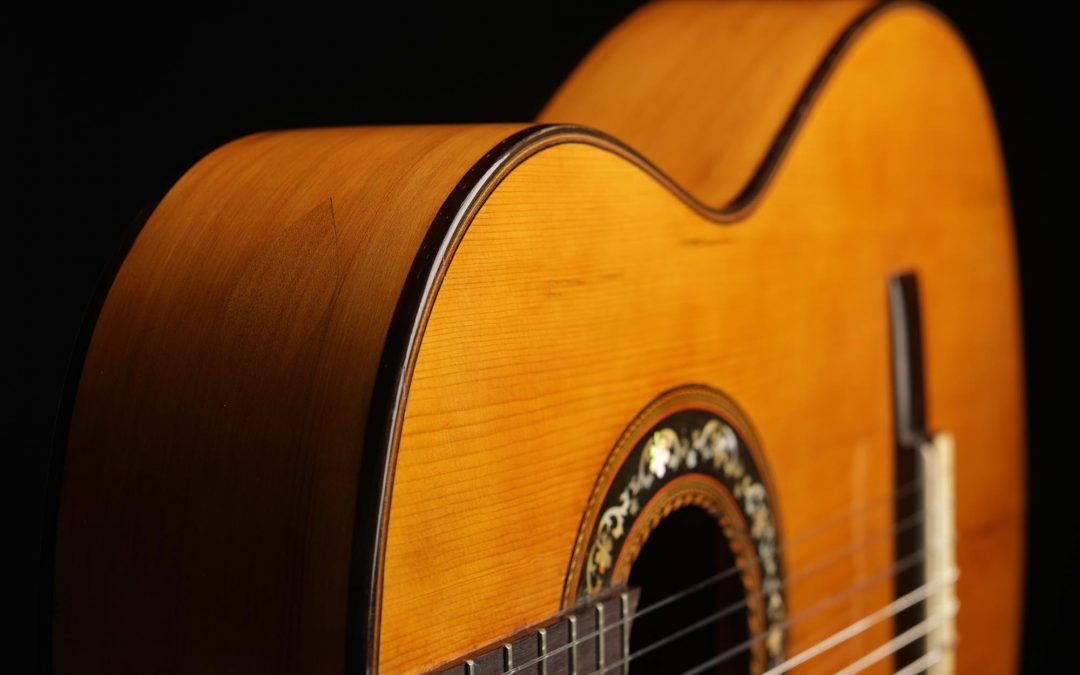 The founder of this dynasty, José Ramírez de Galarreta y Planell, was born in Madrid in 1858. At the age of 12 he entered as an apprentice in the workshop of his master, Francisco González, whose guitar shop was located in the Carrera de San Jerónimo in Madrid.

It must have been between 1880 and 1882 when José Ramírez I became independent, establishing himself in the Madrid Rastro as a guitar master. Later, in 1890, he moved to Calle Concepción Jerónima number 2, where his descendants continued until 1995.

Once he became independent, he became the teacher of his younger brother, Manuel Ramírez, and later of his son José Ramírez II. He also trained Antonio Viudes, Rafael Casana, Alfonso Benito, Antonio Gómez, Julián Gómez Ramírez and Enrique García. The latter set up his own business in Barcelona where he was Francisco Simplicio’s teacher.

José Ramírez I became a fundamental part of the so-called Madrid School of Guitar Builders as, at that time, he was the most outstanding guitar master of his time in the wake of Antonio de Torres. The flamenco guitarists of the time turned to him to find solutions to the lack of sound projection of the guitars that were being built at that time and that could not stand out in the Tablaos and singing cafés. This is how José I created the so-called “Guitarra de Tablao”. This model was taken as a base by his brother Manuel and later modified and transformed into one of his templates, establishing with it the principles of what we now know as flamenco guitar and which his disciples continued to use.

As a curiosity we can say that one of the Ramírez guitars that belonged to Agustín Barrios, exhibited in the Cabildo of Paraguay, has the same template as the “Guitarra de Tablao”.