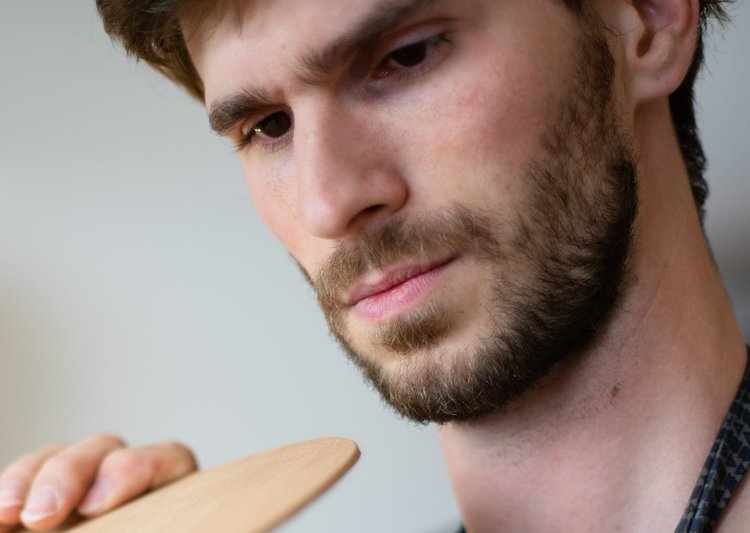 Adrian Heinzelmann is one of the most talented German guitar makers of his generation. His guitars are of great finesse and an aesthetic that combines the Spanish tradition and modernity for which German guitar makers are universally renowned. His guitars are played by many talented teachers, soloists and students and have already proven themselves in the great European concert halls.

Grew up near Cologne
2003 to 2008 guitar lessons
2008 Started training as a plucked instrument maker at the instrument making school in Mittenwald.
2011 Dr. Auguste-Schaedel-Dantscher Foundation Prize for special achievements.
2011 Completion of training as a plucked instrument maker.
2011 Started studying for a Bachelor of Arts degree in musical instrument making, specialising in plucked instrument making in Markneukirchen.
2012 1st prize at the guitar making competition in Luby/CZ with the Simplicio model
2013 Self-employed guitar maker
2014 Relocation of the workshop to Berlin
2016 Winner of the German Musical Instrument Award 2016 in the category concert guitar with the Simplicio model
2016 Successful completion of the Bachelor of Arts degree with the predicate: “Best Musical Instrument”.
2017 New opening of the workshop in Berlin Schöneberg with Friederike Linscheid
2018 Master craftsman’s examination passed