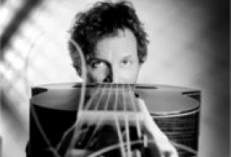 Jim Redgate was born in London in 1963 and his family emigrated to Australia in 1966. His father was a craftsman and taught him many woodworking skills at an early age.

At the age of 19, he decided to build his first guitar. At that time he studied music and theory at college, which after a year gave him the appropriate skills to take a Certificate of Music Performance course. He completed this in 1985 and was accepted at the Elder Conservatorium of Music to do a degree in Performance. This he completed in 1988 with very good grades. During his studies, he performed in many solo and ensemble concerts on guitars he had built himself, and won a study scholarship.

His skills as a guitarist enable him to judge instruments competently from the player’s point of view, which is extremely important for building good instruments. After completing his studies, he decided to make guitar building his profession and initially supported himself by teaching instruments until he became a full-time guitar maker in 1992.

He mastered building instruments in the traditional manner and began experimenting with new techniques and materials. Since then, his guitars have earned a worldwide reputation for excellence. He now makes around 20 guitars a year in his home workshop.
Redgate’s creations are the first choice of a growing number of professional guitarists such as Pepe Romero, Ana Vidovic, Odair Assad, Slava Grigoryan…

Their sound is characterised by exceptional sustain, warmth and richness of colour, with very good response in the mid frequencies. Jim Redgate builds two models of the Double Top: the Double Top and the “Wave” Double Top, the latter having a slightly arched top. Both DT guitars are among the best Double Tops built in the world today.

Made for and played by: