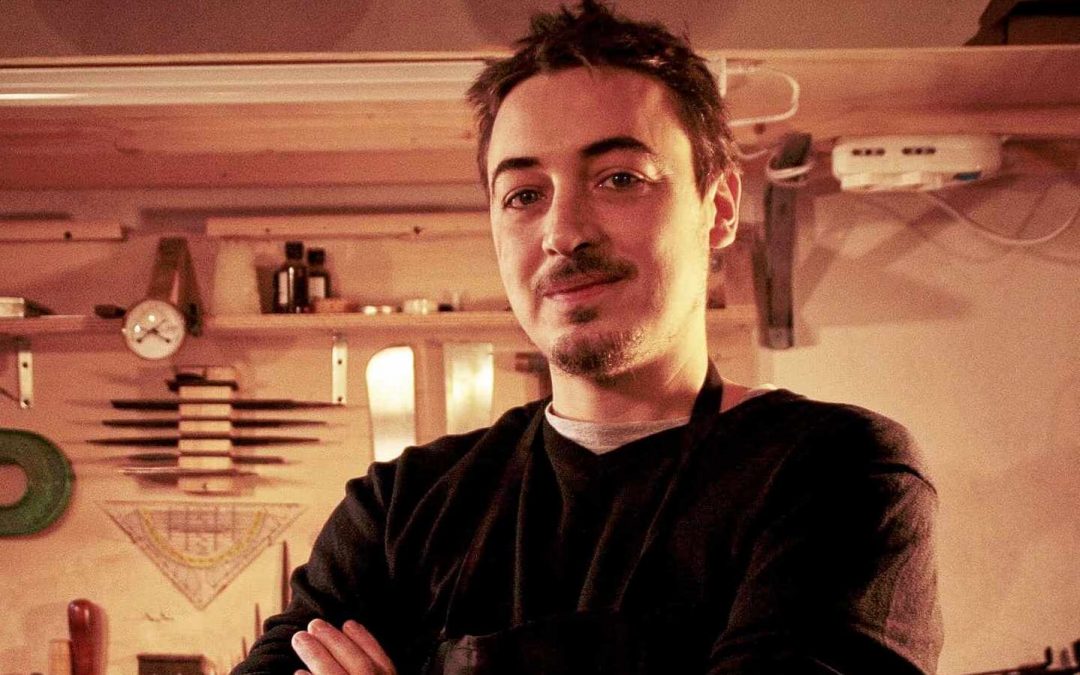 Marco Gilioli was born in Milan on 19 November 1987. A lifelong music lover, he began his classical studies first with the piano, which accompanied him for over 15 years, and then with the guitar. It is from a strong passion for this instrument that, almost by chance, he approaches the world of lutherie.

He enrolled at the Civica Scuola di Liuteria in Milan, where he graduated in 2011 under the guidance of Lorenzo Lippi, Tiziano Rizzi and Gabriele Negri. During the last year of school he attended the workshop of Maestro Mirko Migliorini, and it was during that period that he developed a real passion for the classical guitar, fascinated by its infinite nuances of timbre and the study of sound.

From that moment on, he began to study in depth the great luthiers of the past, paying particular attention to the Spanish tradition and, in particular, to the man who, perhaps more than anyone else, revolutionised the construction and sound of the classical guitar: Antonio de Torres.

His instruments are made following the traditional method, focusing on the sound and the needs of the guitarist: a sweet, soft and well-balanced tone, with deep basses and ringing cantinas, accompanied by remarkable handling, ease of playing and projection.

Great attention and care are dedicated to the finish and details.

Marco Gilioli was born in Milan on November 19th 1987. Always passionate about music, firstly he began his studies with piano, for more than 15 years, secondly with guitar. As a consequence of a strong passion for this instrument, he entered into the world of luthiery quite by chance.

He enrolled at Civica Scuola di Liuteria in Milan, where he graduated in 2011, under the guidance of the Master Luthiers Lorenzo Lippi, Tiziano Rizzi and Gabriele Negri. During the last year of the school, he worked in the workshop of the Master Mirko Migliorini, and that’s the moment when a real passion for the classical guitar was born: he was really charmed by infinite tonal nuances of that instrument, and by the study of the sound.

From that moment, he studied in deep the works of the great masters of the past, with a focus on the Spanish tradition, and in particular to the one who transformed the construction and the sound of the classical guitar, perhaps more than everyone: Antonio de Torres.

His instrument are built according to the traditional Spanish method, putting at the centre of the work the sound and the needs of the guitarist: a sweet, soft and well-belanced timber, with deep basses and clear trebles, is matched with a good handling, playability and sound projection.

Finally, a great attention is dedicated to the details and finishing.