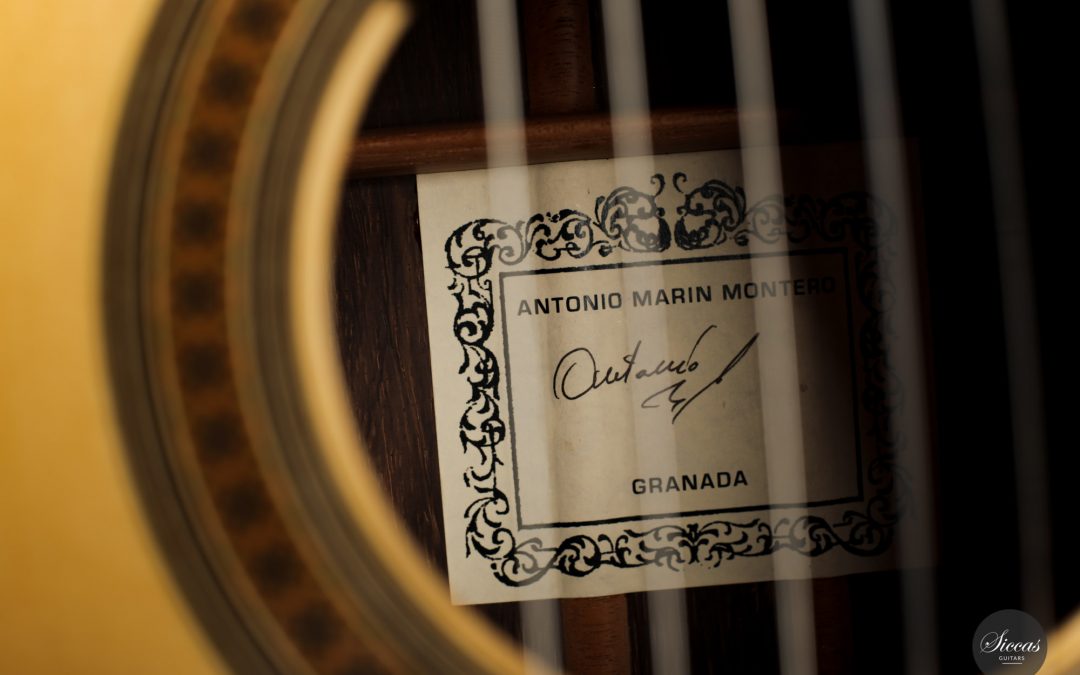 Antonio Marín Montero was born in Granada in 1933. He had no family history in the guitar world, and he had to overcome many problems as he worked in many different marquetry workshops. Very young he worked in Francisco Moya’s workshop.
In 1957, he joined master Pérez’s workshop and two years later, in 1959, his father advised him to visit Eduardo Ferrer who had a guitarworkshop, next to the Alhambra. In 1977 Antonio Marin went to Paris to visit the master luthier Robert Bouchet and from then Marin uses Bouchets template to perfection. Due to Maríns love of perfection, many young luthiers visited his workshop to learn from his magic work. Among Marins many students you find his nephew, José Marín Plazuelo and José González López, whom both now worked with Marin in his workshop during more than 30 years. The fame of Antonio Marín is worldwide, specially Europe, USA, and Japan. The most prestigious performers plays his guitar in concerts. Maestro Marin is now an older gentleman and he works less and less. His guitars are world famous and yet he has never been on any waiting lists. It takes a lot of patience to get one of his instruments. His instruments are absolutely top class, although he has always built more classical guitars than flamenco guitars. Round, sweet, singing tone with unique treble and very nice bass, paired with easy playability, make these instruments something special.