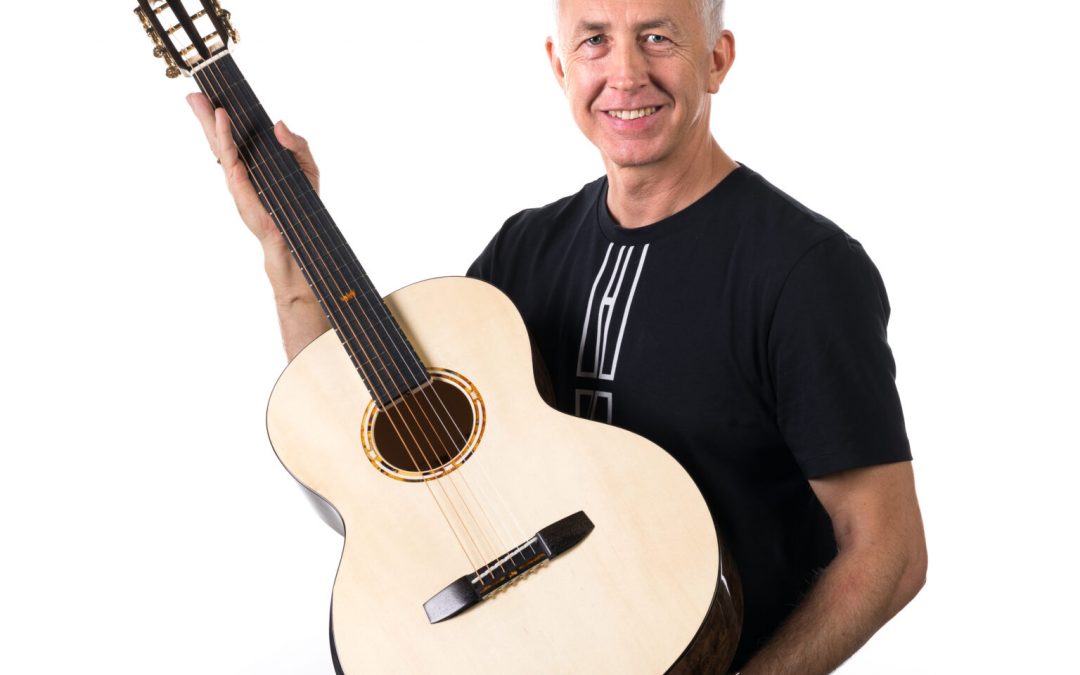 Rafal Turkowiak was born on 9 January 1966 in Golanice near Leszno, Poland. His father, a carpenter, and grandfather, a wheel-wright, had a great influence on the boy in the field of carpentry and wood technology.

At the age of 15, he graduated from a primary musical school having successfully completed a three-year course in classical guitar in less than six months. Two years later, inspired by dismantling an old guitar, he made his first classical instrument with a sound hole and unique soundboard construction with suspended bracing, which was innovative at the time (see the picture).

His passion for the guitar made him even more eager to play these amazing instruments. In 1983, singing and playing his own guitar among 5000 other contestants, he qualified for the semis of the National Young Talent Show in Poznan, Poland. The jury – including Aleksander Maliszewski, a well-known composer and conductor, and Urszula Sipinska, a popular singer at that time hailed him as the Polish Paul McCartney.

His almost forty-years of experience and experiments in guitar making have resulted in a successful innovation in the soundboard: the WAVE type resonator is applied in all of his instruments. He has also invented the first guitar in the world that produces a sound not only from the body but also from the neck. The world patented innovation (European Patent Office EP 3340231 (B1)) Acoustic Tubes inside the guitar neck is his greatest achievement. He is also the inventor of the (patented) first in the world Bridge with Drilled Holes and back & sides made at High-Tech Press. All of these innovations place Rafal Turkowiak among the best luthiers.