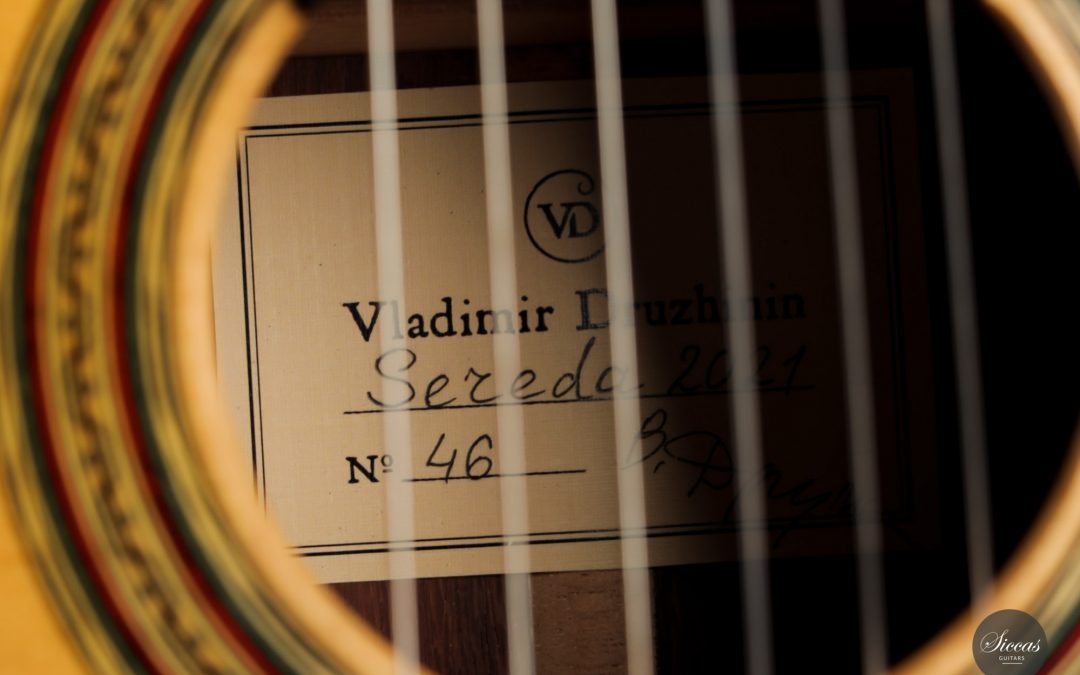 Vladimir Druzhinin was born in 1983 in Novosibirsk, Russia in scientists family. In 2000 graduated from high school (physico-mathematical speciality) and successfully passed the entrance exams to Novosibirsk State University. Graduated with the bachelor of physics degree in 2004. Continued studies and graduated in 2006 with master degree (specialization in accelerator physics). From 2000 to 2008 worked and was an intern in Budker Institute of Nuclear Physics.

From 2004 (in addition to university master studies) studied at strings department (doublebass) of Novosibirsk Music College.

In 2007 accepted the invitation to the vacancy of bass player in local phylharmonic big-band. Music activities starts to become dominant from that moment. From 2007 took part actively in Novosibirsk jazz life. Worked in the big-band and as session musician.

In 2010 moved to Moscow where he has met Timofey Tkach and was accepted by him as an apprentice. Since that time switched to luthiery as the main occupation.

Now he works in his own workshop. Constructs various designs of classical guitar, lutes, does restoration jobs. Also works on his own design of acoustic bass.

The creation of acoustic instruments is a miraculous and fascinating job. A craft that turns into an art, a minute and accurate work and – at the same time – the exciting journey full of challenges and discoveries.

In instrument making I follow the concept that is based upon the experience and achievements of the Classical Spanish School. I should mention several most important figures here. Antonio de Torres Jurado have classified the essential experience of predecessors on the second half of XIX century. It took about hundred years then to bring the guitar design to perfection. The great craftsmen of that transition period were Manuel Ramirez, Domingo Esteso, Santos Hernandez, Herman Hauser Ⅰ among others. On the XX century 50-60th Jose Ramirez Ⅲ and Miguel Rodriguez have completed the guitar evolution.

The essence of the luthier work lies in understanding of the nature of sound formation. One should importantly realize that every musical instrument, in fact, is a complex acoustic object – resonator. Thus it requires thoughtful designing and fine tuning.

My goal is making the firmly highest-class professional instruments of outstanding acoustic qualities. I select the finest materials, do the precise woodworking, apply the step-by-step procedure of soundboard and body tuning to succeed in that job.

I pay particular attention to aesthetics and ergonomics of my instruments. Here I follow the classical traditions of the greatest Spanish luthiers.