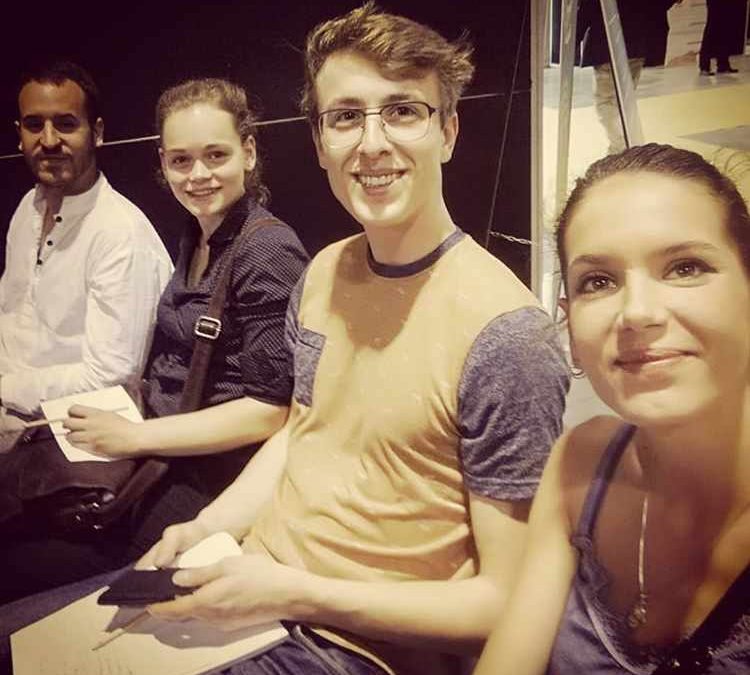 Domingo Esteso is one of the most important guitar makers in the history of the Spanish guitar. He began working as an apprentice in Manuel Ramírez’s workshop, and when Ramírez died, he worked for his widow and put his name next to the label.

He worked in the workshop with Santos Hernández and Enrique García, the three of them becoming outstanding successors to the workshop of Manuel Ramírez.

The guitars from this period still have special characteristics that distinguish them from all others, whether in their exquisite workmanship or in their sound qualities.

Later Domingo Esteso became independent and settled at 7 Gavina Street with his wife, Nicolasa Salamanca, who lacquered the guitars. It was his most fruitful period (you can still see pieces of great beauty and impeccable workmanship that, with the passing of the years and the luck of fate, fell into the hands of people who knew how to treat them as authentic works of art, and which can still be enjoyed today).

Many of these guitars were sold outside Spain, mainly in Argentina (a label was made for the house of Romero y Fernández in Buenos Aires), mainly due to the high cost of the guitars and the economic situation in Spain at the time.

In 1926 his nephew and my uncle, Faustino Conde, joined the workshop and in 1929 my father, Mariano Conde; this was the seed from which the next step in the succession of the company emerged.

With Domingo Esteso they learned his technique and his good work in the art of Spanish guitar making. They stayed with him until his death in 1937, in the middle of the Civil War. He died of a respiratory illness caused by a draft in the workshop and the lack of penicillin. Guitars continued to be made until 1939, but on a very small scale due to the Spanish Civil War.

After the Civil War, the name VIUDA Y SOBRINOS DE ESTESO was continued because of the respect they had for their aunt Nicolasa Salamanca, which they maintained until her death in 1959.

At this time Faustino and Mariano’s younger brother, Julio, joined the workshop.

They continued their uncle’s school, mainly introducing minor changes to the guitar’s template.

Before 1953, they designed a new head for first-class guitars, later popularly known as the “half-moon head”, used indistinctly with the traditional Domingo Esteso head, while also introducing some new mosaics.

This period is marked by the warmth of the sound they elicited from their guitars, fruit of the combination of tradition with the constant search for improvements in sound quality and quantity carried out by the craftsmanship of my father, Mariano Conde Salamanca.

In 1957, the workshop in Pozuelo de Alarcón was opened, with five guitar makers. The guitars built in this workshop bore neither a signature nor a stamp in the zoo and were later referred to as “second-hand guitars”.

In 1960, the “half-moon head” became the company’s trademark, and the dimensions of the stencil and the interior of the soundboard were changed, introducing new mosaics inspired by the embroideries of past centuries.

It was at this time that my father and uncle first introduced the wood of the palo santo to the flamenco guitar, traditionally used for classical guitar, and it was through the hand of Paco de Lucia that it became popular as a concert flamenco guitar. This guitar is called “Negra” in the flamenco world, as opposed to the “Blanca” guitar, which is made of cypress wood.

This way, a characteristic sound with great volume and its own personality, recognised by the guitar world, was achieved.

In 1971, I, Felipe Conde, joined my father, Mariano Conde, and my uncle Faustino Conde in the workshop at 7 Gravina Street, and this was the beginning of the next generation.

From my father I learn essentially two things that will shape my entire professional career: firstly, respect for tradition and good work in guitar making, and secondly, contact with the public and the professional public, which gives me the key to improving and researching the sound of my guitars.

In 1980, my father, Mariano Conde, set up a new workshop at 2 Felipe V Street and began a new journey in the family history with his children.

Until the death of my uncle Faustino in 1988, we were connected to the workshop at 7 Gravina Street. From that moment on, Felipe V’s workshop began to work independently.

In 1989, my father Mariano Conde died and my brother and I took over the workshop.

In a first phase, there is a continuity in building guitars for later, using the improvements in materials, tools and technology to give an impulse to the construction, always keeping the traditional sound and way of building by hand, making each of the guitars an instrument with its own history and personality.

Model Felipe V. This is a guitar with woods chosen for their beauty, quality and antiquity, with great inlay work and meticulous finishing.

The guitarists who play our guitars today, many of them the same as in earlier times, as they have stayed true to our sound and included new generations of guitarists like Javier Conde, Roberto Morón, Lenny Kravitz, David Byrne, Sergio Vallin and many others.

During this time, I developed professionally and consolidated the knowledge I had acquired with my father and uncle. I take the company all over the world and participate in international music fairs such as Frankfurt, NAMM, Japan, responding to the great interest that has arisen in Spanish art and culture all over the world.

In 2010, I began a new era with my children in full professional and personal maturity with great enthusiasm and energy.

The memory of my father, my great teacher, is present at this time. It was from him that I learned everything about my profession and gave me, as only he knew, the taste for things well made and the close relationship with the guitarist.

Backed by a great deal of experience and a love of the tradition I come from.

I joined the guitar making workshop at 7 Gravina Street in 1971 when I was only 14 years old.

With my father Mariano, my teacher and my uncle Faustino, I began my learning of guitar making and combined it with my studies.

During these years I began to have close contact with guitarists such as Niño Ricardo, Regino Sainz de la Maza, Sabicas, Mario Escudero, Melchor de Marchena, Paco de Lucía and many others.

I have always tried to keep the relationship between guitarist and guitarist alive, as I consider dialogue fundamental, which leads me to constantly improve guitar making within the tradition and to make my profession a passion, a way of life.

In this new stage, I am accompanied by my two children, Maria and Felipe, who have been learning the craft in the new workshop for several years. To be able to teach my children everything I know about this profession is a source of pride and a great privilege for me. María and Felipe have thrown themselves into the art of guitar making and it is already clear that this will be their vocation. They have already built several guitars, in search of their own style, always supported by the great tradition that precedes them.

With the idea of a more direct treatment and creating a more comfortable and personal atmosphere to try out the guitars, I moved to the premises at 4 Arrieta Street, in front of the old workshop at 3 Felipe Vº Street, and we welcome there any professional or amateur interested in our guitars.