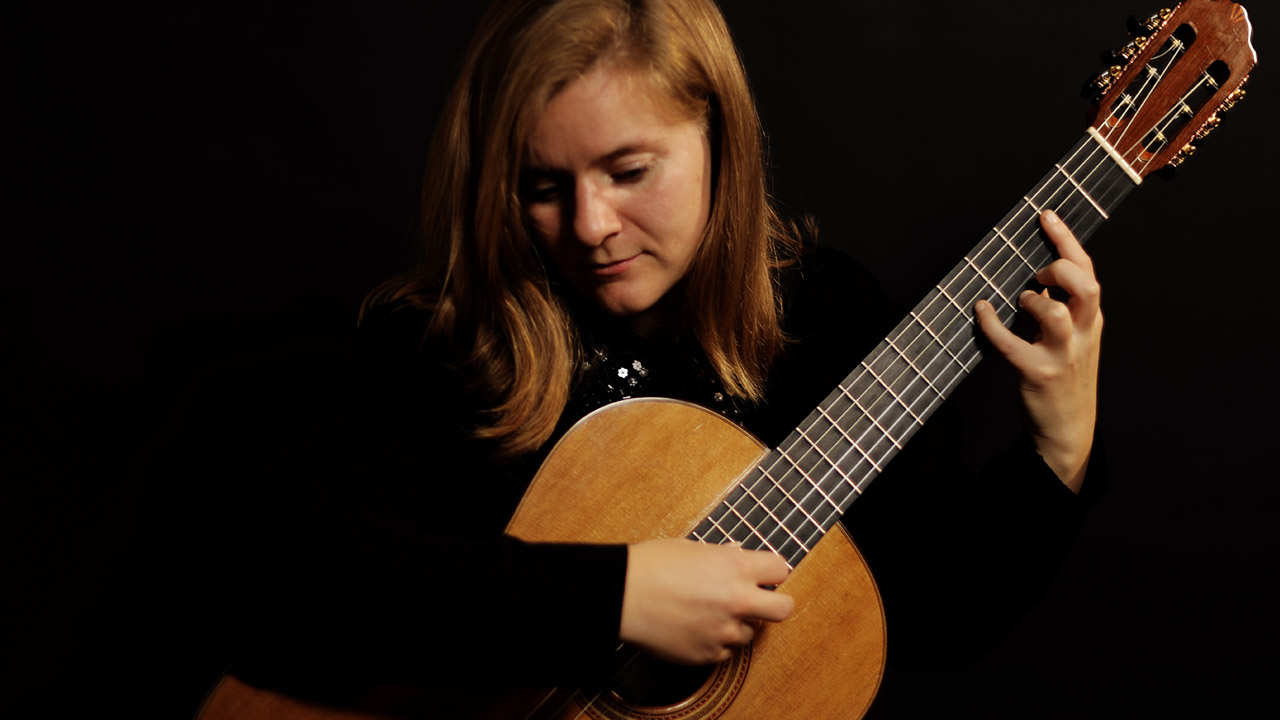 Kristina is really fascinated by the big variety of sound you can produce with the guitar and she likes to explore and go beyond its limitations in dynamic, sustain and colors. As a musician she looks at music thinking everything is possible, she loves discovering new ideas with her creative approach to her repertoire and make it her own.

Kristina is very passionate about performing and thrives being on stage where she feels a very strong connection with the audience. She has given solo recitals in several major halls among others The Royal Concertgebouw in Amsterdam and Universitetets Aula in Oslo. She has also performed as a soloist with Bergen Philharmonic Orchestra, Stavanger Symphony Orchestra, Kristiansund Sinfonietta and Lithuanian National Symphony Orchestra.

Her debut album “An Idea” was released in May 2019 with the label Simax Classics and it has received excellent reviews. She currently teaches at the Prince Claus Conservatorium in Groningen.