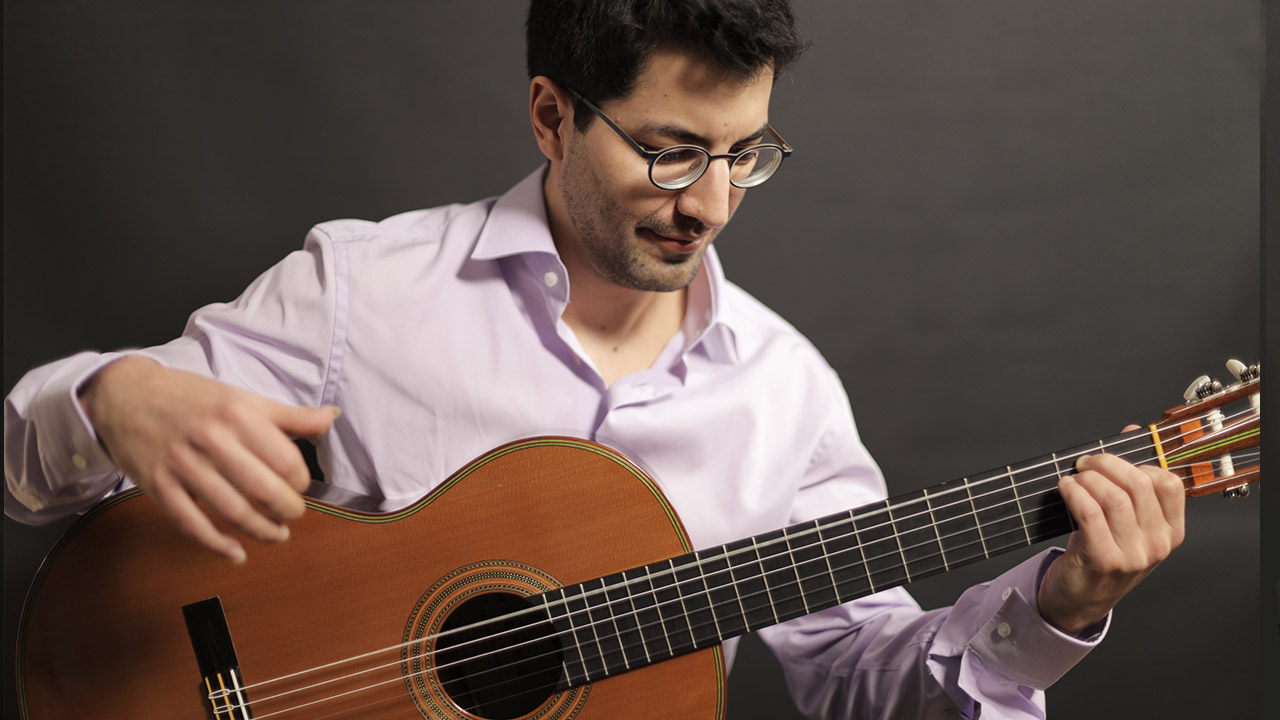 He received his Bachelor of Guitar Performance from the Austral University of Chile in 2011 and his Master of Arts from the Mozarteum University in 2016, where he studied with Marco Tamayo.