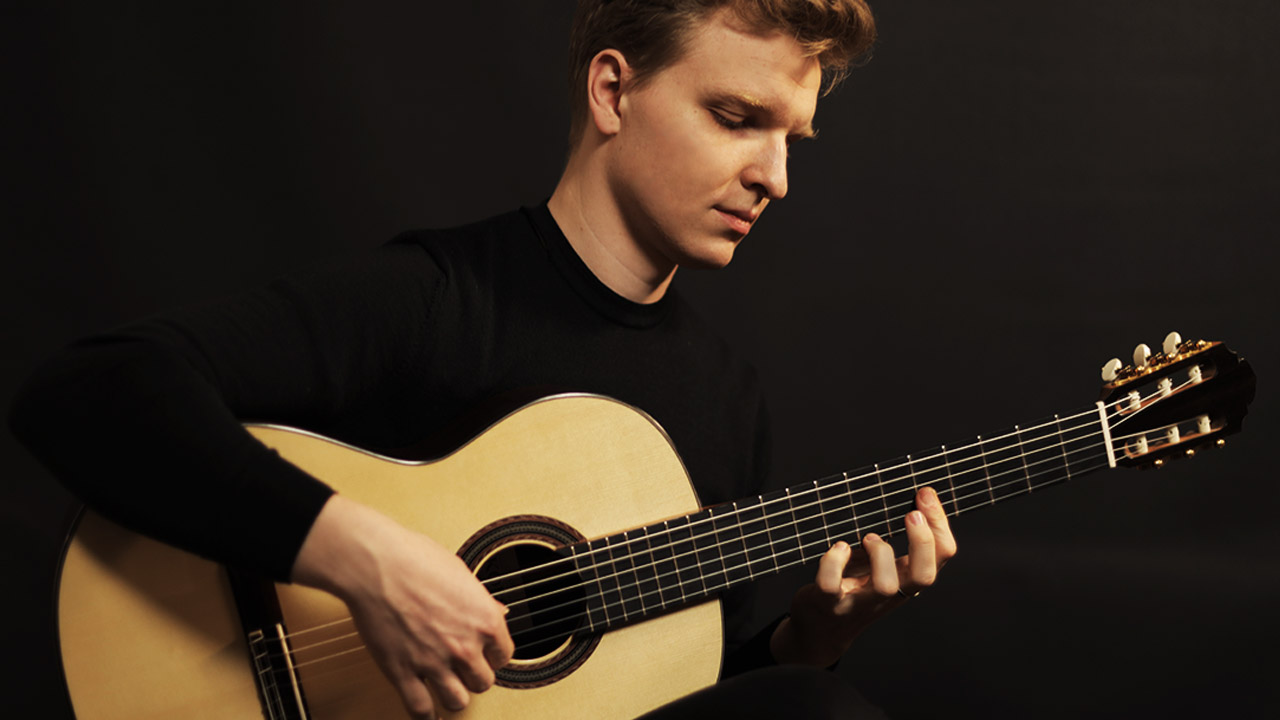 Mateusz Kowalski is one of the most outstanding young guitarists around –‘spectacular’, according to Classical Guitar Magazine. He performs repertoire ranging from the Renaissance to contemporary times with remarkable expertise, a sense of style and great musical culture. He has performed at major venues including the Musikverein in Vienna and the Shanghai Grand Theatre, and in such cities as New York, Los Angeles, Paris, Budapest and London. In 2019 he played the popular Concierto de Aranjuez with the Warsaw Philharmonic in the Polish capital. He has won prestigious competitions in Antony (Paris) and London (2nd EuroStrings International Competition, 2019). In 2019 his debut CD was released by CD Accord, featuring works by Bach, Giuliani, Tarrega, Barrios, Piazzolla, Ponce, Assad and Schubert. In 2021 he recorded his second CD – Polish Romantic Guitar with music of Bobrowicz, Szczepanowski, Sokołowski and Horecki.

Born in 1995, in Koszalin, he began learning guitar at the age of seven and was taught for the next 12 years by Dariusz Schmidt at the Grażyna Bacewicz State School of Music in Koszalin. He then completed studies with Ryszard Bałauszko at the Fryderyk Chopin University of Music in Warsaw, receiving the Magna cum Laude medal. He has honed his skills in numerous masterclasses under the guidance of such outstanding musicians as Sergio Assad, Oscar Ghiglia and Alvaro Pierri. Alongside his career as a soloist, this young artist is also pursuing a teaching career, giving masterclasses, including at festivals in Szeged (Hungary) and Rust (Austria), and also in Qingdao (China). Since October 2019 he has been teaching at his alma mater in Warsaw. Mateusz Kowalski has been awarded scholarships by the Marshal of West Pomerania Voivodeship (Pro Arte Award), the Mayor of Koszalin and the Minister of Culture and National Heritage (the ‘Young Poland’ programme). He performs on instruments made by famous luthiers, such as Carl-Hermann Schaeffer, Karl-Heinz Roemmich and Jorge Godoy (Martinez). Mateusz uses Augustine strings.