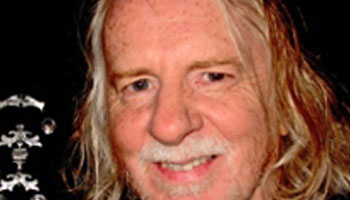 Rob MacKillop (born in 1959 in Dundee) is a Scottish composer, lutenist, theorbist, vihuelist, and guitarist. He is an important performer of Early Music in Scotland. He has recorded seven CDs of music for various Early plucked instruments, three of which reached the Number One position in the Scottish Classical Music Chart. In 2001 he was awarded a Churchill Fellowship for his research into medieval Scottish music. In 2004 he was named Composer in Residence for Morgan Academy in Dundee, and in 2001 was Musician in Residence for Madras College in St Andrews. He also organized and directed the Dundee Summer Music Festival.