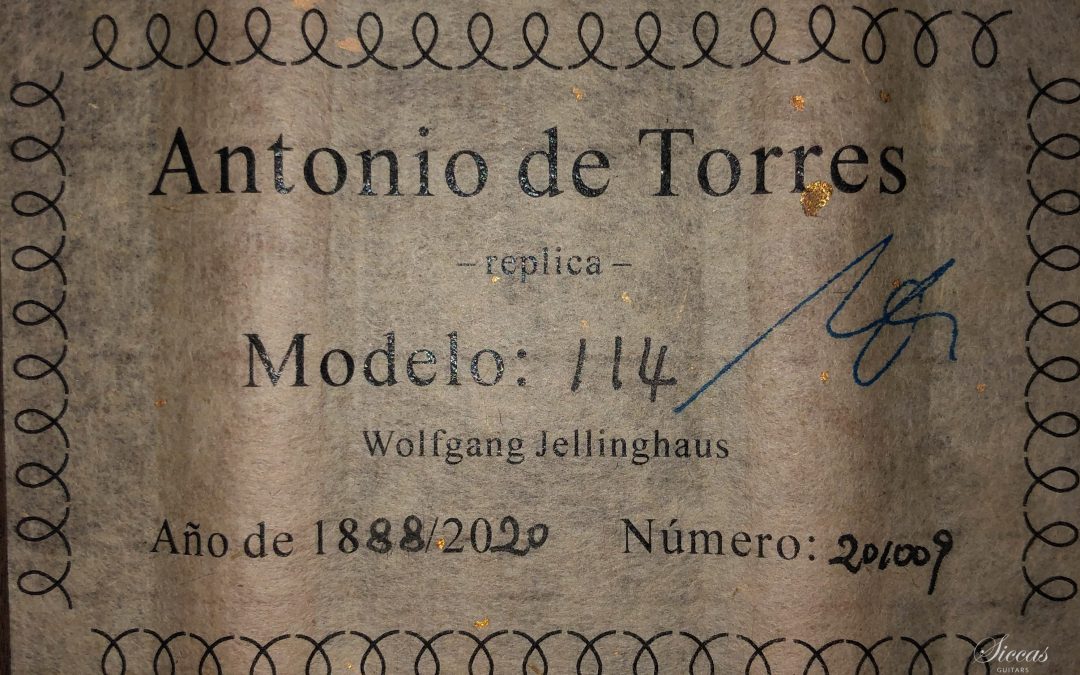 Classical guitar
The terms classical guitar, concert guitar or spanish guitar are different names for the same intrument. However, classical guitars are played with nylon strings, whereas acoustic or Western guitars are played with steel strings. Antonio de Torres (1817-1892), is regarded as the pioneer of modern guitar building. His instruments became the starting point for the development of classical guitars in the 19th and 20th centuries.
The revolutionary significance of Torres’ guitar creation lies in its size: since the body of the current six-string guitar requires a larger volume, he not only enlarged the back and sides, but also designed at least five different top shapes to fit his guitar. Compared to production colleagues, almost all of these shapes have a larger range. Although Torres’ guitars are larger, he tries to keep the weight of the guitar as low as possible. With very thin boards the cut at the thickest point is only 2.5 mm. To take into account the fact that the top can withstand the string tension despite its light weight and thin thickness, he used a fanning performance instead of the previous horizontal bars. This strengthens the top and distributes the vibration to the surface.
The scale, i.e. the length of the freely vibrating string, is adjusted to 65 cm, and the neck is assembled from several separate parts to prevent warping. Torres widened the fingerboard to give more room for the fingers of his left hand. To tune the guitar, he used a more accessible manipulator instead of wooden pegs.
The classical guitar is mainly used in classical music (especially chamber music) and folk music, Latin American music and flamenco dance.