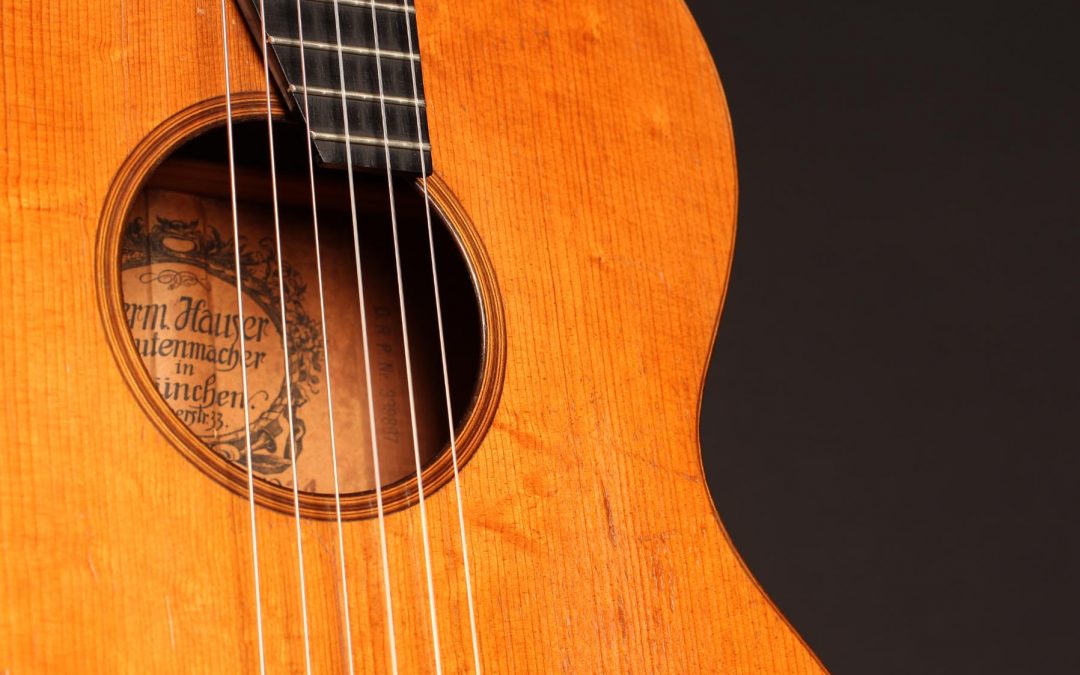 From 1875 his father Josef Hauser built zithers, guitars, and violins in his workshop and also worked as a music dealer and composer of zither music. Hermann Hauser I started to make zithers as a pupil of his father. Like his elder sister Marie, who became a lute and guitar teacher, Hermann Hauser I received his musical education from the Munich chamber virtuoso Josef Wimmer. From 1909 Hauser was active in the guitaristic movement as a member of the “Gitarristische Vereinigung München”. From 1922-1926 Hauser I (1st third guitar) formed the Munich guitar quartet with Fritz Buek (2nd third guitar), Mela Feuerlein (first guitar), and Hans Tempel (quint bass guitar).
As a guitar and zither maker, Hermann Hauser I first worked for five years in Munich at Braun & Hauser, the successor company to the business sold by his father.
The economic success through the sale of his guitars and zithers enabled Hermann Hauser I to acquire the Max Amberger company in 1921, whose zithers he continued to build.
Hermann Hauser I had found his own style in guitar building by orienting himself on the designs and construction techniques of Antonio de Torres and developing these further by his own knowledge. Between 1920 and 1930 he developed patented innovations in the field of top construction as well as innovations in the field of neck-body connections.
From 1937 onwards, the Spanish guitarist Andrés Segovia changed from a Manuel Ramírez to a Hermann Hauser guitar, which was the reason for the international breakthrough of the “Hermann Hauser” brand. The British guitarist and lutenist Julian Bream played Hermann Hauser I guitars from 1936 and 1947, and around 1960 a Hauser guitar from Hermann Hauser II.
After Hermann Hauser’s wife Emma died in 1943, he took over the string spinning mill she founded in Munich until 1944. In 1946 Hauser, who was suffering from asthma, moved to Reisbach in Lower Bavaria, where he married his second wife, Karolina Felizitas.
After the death of Hermann Hauser I, his son Hermann Hauser II (1911-1988), and later his grandson Hermann Hauser III succeeded him. Since 2010 the daughter of Hermann Hauser III, Kathrin Hauser, has also worked as a guitar maker in the Reisbach workshop.