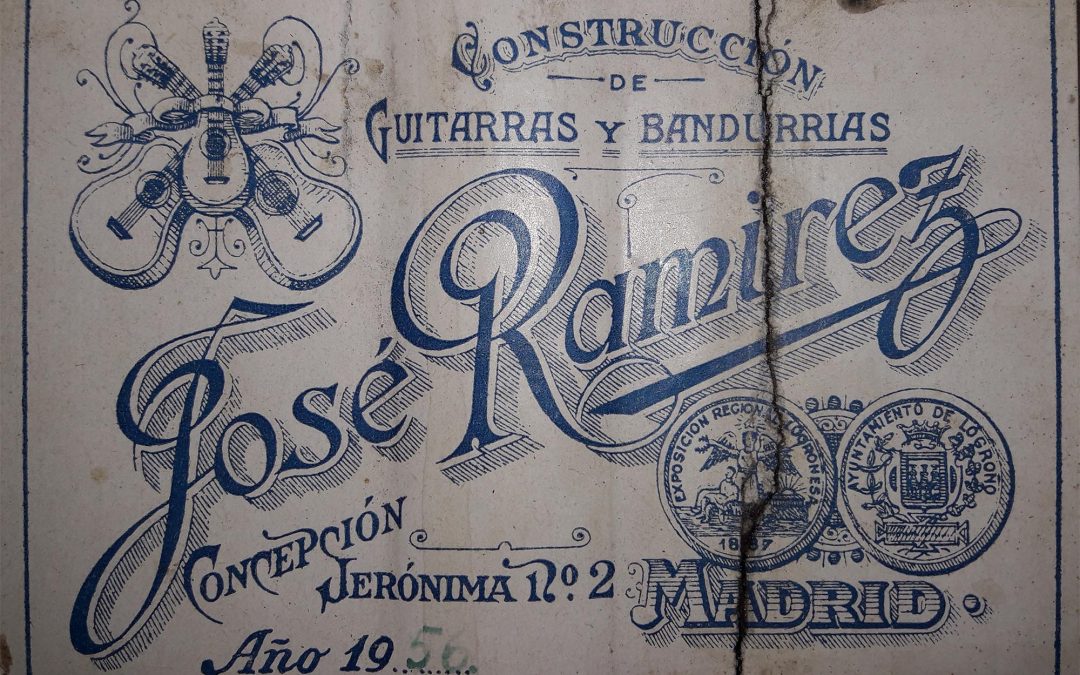 In 1885 José Simón Ramírez de Galarreta y Pernías was born. He grew up in his father’s workshop and learned the trade with him. As well as being a guitar maker, he was also a guitarist and at the age of 20 he was hired to go on a two-year tour of South America.

He had a hard time convincing his father to give him permission to accept the contract, but he finally managed to do so as two years was not too long. However, the tour was prolonged and those two years became almost 20, since, once the tour with which he travelled was dissolved, he decided to stay in Buenos Aires. There he met the Spaniard Blanca, who would later become his wife. They had two children: José and Alfredo.

In 1923 he received the news of his father’s death and decided to return to Madrid with his family. Two years later he took charge of the guitar shop located at Calle Concepción Jerónima number 2. At that time, the shop, which was on the ground floor, was run by Jesús Martínez, while in the workshop, located on the upper floor, worked: Alfonso Benito and Antonio Gómez as officers; Marcelo Barbero, still as an apprentice; and Manuel Rodríguez – nicknamed “Marequi” – as a varnisher.

José Ramírez II was also a renowned master, for which he was awarded the Gold Medal at the Ibero-American Exhibition in Seville in 1923. Unfortunately, in 1936, in addition to the many problems caused by the Spanish Civil War, it was difficult to obtain materials and wood for the construction of guitars (a situation that continued for a long time after the war). That shortage was the main cause of the discussions with his son José Ramírez III, when he reached the level of officer and started to make his experiments.