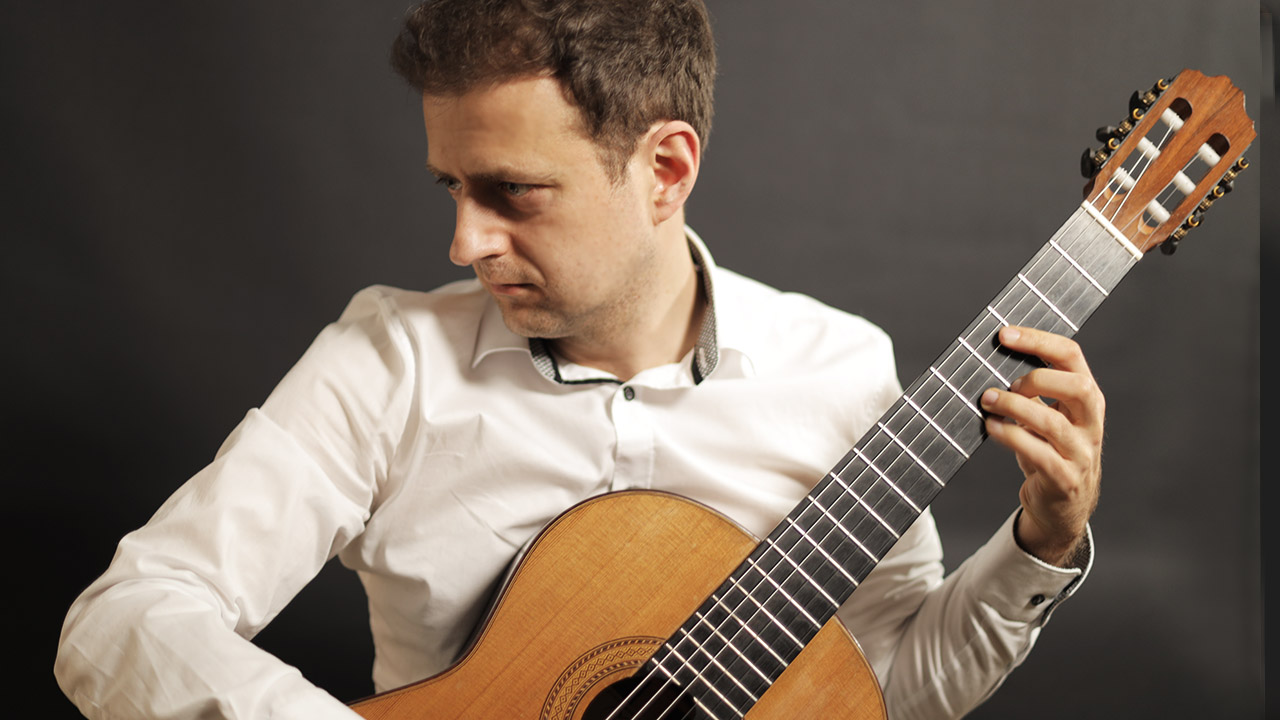 Setting new standards with technical virtuosity and his characteristical interpretation of old and new repertoire makes Goran Krivokapić one of the leading guitarists and chamber musicians of the new, international scene.

He won his first international competition at the age of fourteen, and continued to win eighteen more, including “Michele Pittaluga” in Alessandria, Italy (2000), “Andrés Segovia” in La Herradura, Spain (2000), Koblenz International Guitar Competition (2003), “Guitar Foundation of America” (GFA) in Montreal, Canada (2004), “Dr. Luis Sigall International Competition of Musical Performance” in Viña del Mar, Chile (2004).
Two Golden Guitar awards followed at the annual “International Guitar Convention in Alessandria” in Italy – 2005 as the best young guitarist of the year and 2006 for his debut CD. Since then he has performed all over Europe, North and South America, Asia, Africa and Russia, appearing at such prestigious halls as the Concertgebouw in Amsterdam, the Tchaikovsky Hall in Moscow, Lubkowitz Palace in Vienna, and Auditorio Conde Duque in Madrid.

Goran Krivokapić’s musical focus is on the development of new works for classical guitar, mainly through making his own transcriptions from the baroque and classical works, and collaborating with contemporary composers such as Gerard Drozd, Hendrik Hofmeyr and Atanas Ourkouzounov, who have dedicated several of their solo and chamber music works to him and Montenegrin Guitar Duo.

Montenegrin Guitar Duo performances have been highly acclaimed by both audience and critics who praise their live performances as well as their world premiere Naxos recording of J. S. Bach’s complete English Suites in two volumes, transcribed by the duo.

Born in 1979, Goran Krivokapić started his music education when he was eight with Mićo Poznanović at the Music School of Herceg Novi in Montenegro and furthered his studies at the Faculty of Music Art in Belgrade in the class of Srđan Tošić, graduating in 2000. He continued with Hubert Käppel and Roberto Aussel at the “Hochschule für Musik Köln” in Germany, where he graduated and received the “Konzertexamen” degree. He then pursued his master’s degree at the Conservatorium Maastricht, the Netherlands, under the tutelage of Carlo Marchione and Masters after Masters under the tutelage of Raphaella Smits at LUCA School of Arts Campus Lemmensinstituut in Leuven, Belgium. He is professor of guitar at Cologne University of Music and teaches guitar at Detmold University of Music. He lives in Cologne with his wife and son.