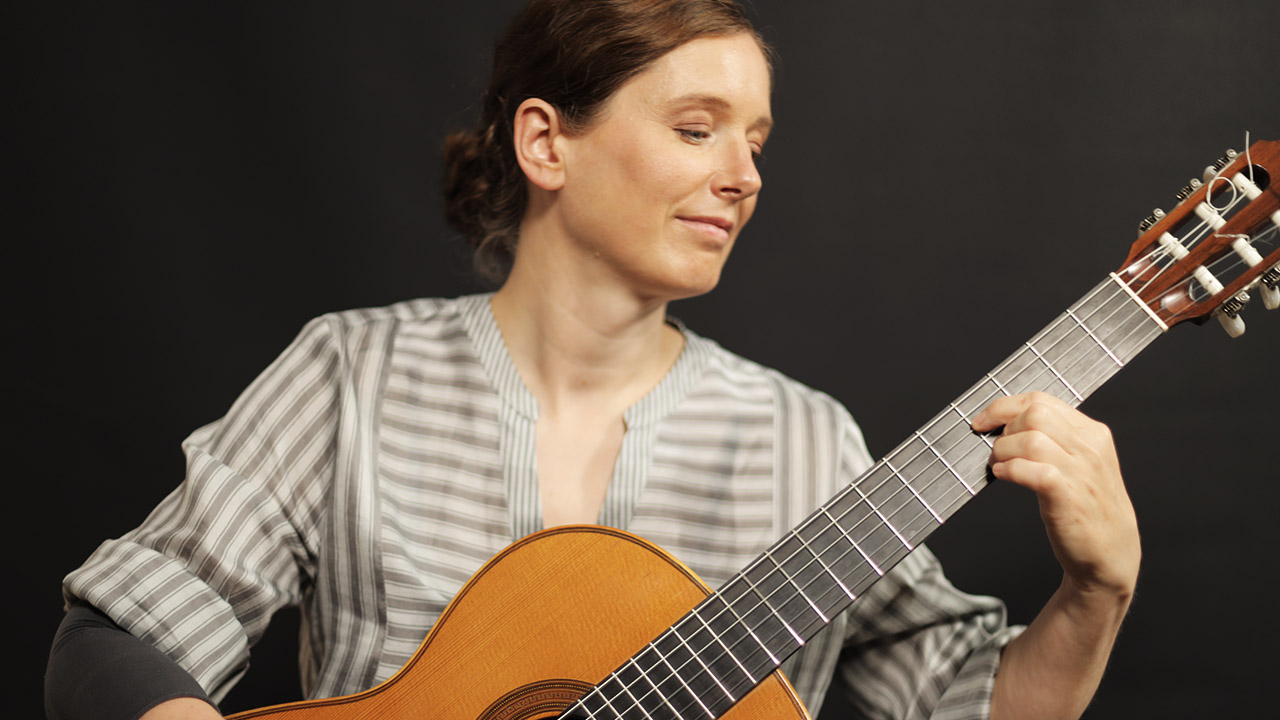 Guitarist Anika Hutschreuther studied at the conservatories of Stuttgart, Kassel (Music Academy) and Hamburg, where she graduated with distinction in 2010. She was taught by Michael Tröster, Klaus Hempel and Olaf von Gonnissen and has also attended numerous master classes with renowned guitarists.

During her studies she was sponsored by the Markel Foundation. In 2006 she won first prize at the Concours d’Ufam in Paris, third prize at the “Kitarika” competition in Koper, Slovenia and was a semi-finalist at the Karl Scheit Competition in Vienna. In May 2010 she was awarded the Hermann and Milena Ebel Prize as an outstanding young musician.

Anika Hutschreuther teaches at the Johann Sebastian Bach Music School in Eisenach and privately in Kassel.