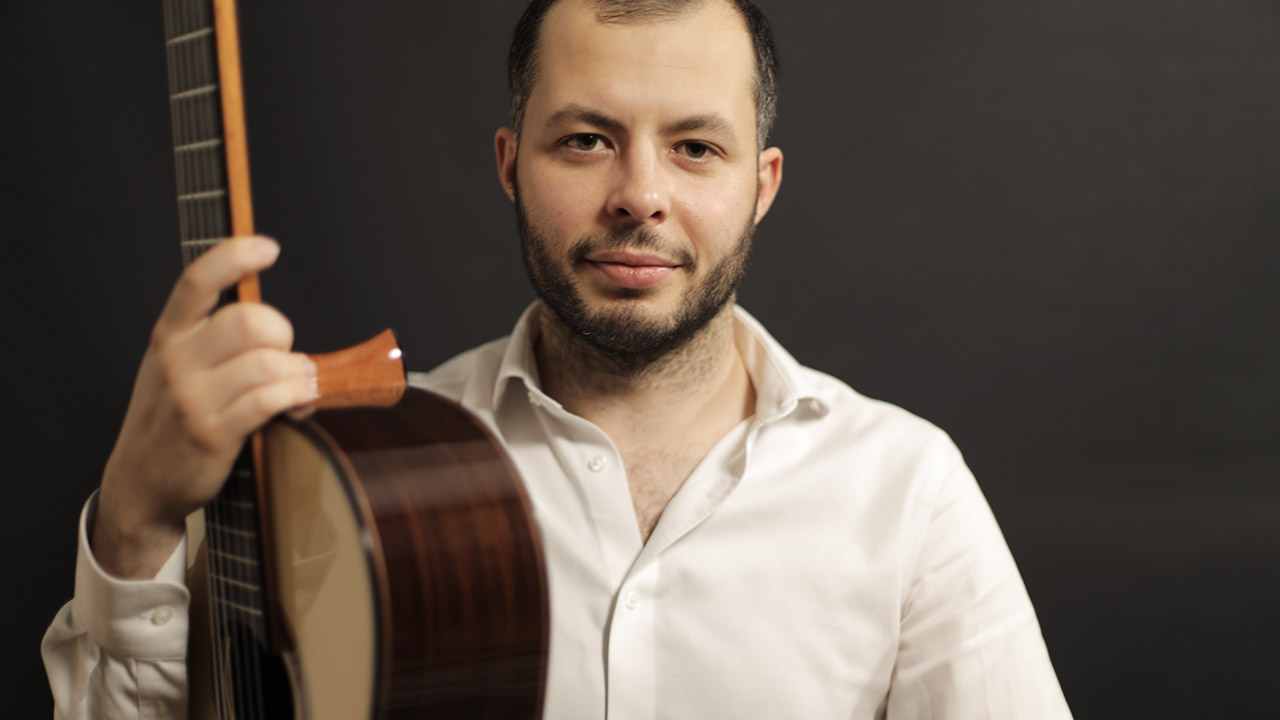 Interested in contemporary music, he collaborates with the japanese composer Rikako Watanabe (composition teacher in the Conservatoire National Supérieur de Musique et de Danse de Paris) for the piece “Suite pour guitare” wich is also dedicated to him. He premiered during his tour in Spain in November 2012. He also plays a composition for guitar and clarinet named “Obscurs”, dedicated to him by the excellent french clarinetist and composer Raphaël Sévère. He will also perform an other creation during 2019 with piano, clarinet and two guitars, a piece composed by the pianist Jean Frédéric Neuburger with Raphaël Sévère and Thibaut Garcia.

In 2018 he started a new project called “Nocturne” for guitar and dance with the contemporary dancer named Joachim Maudet. This spectacle is about three guitar pieces like the Nocturnal by B. Britten, Chaconne by J.S.Bach and “Entre chien et loup” by R. Sévère.

In 2016, Antoine obtained his Masters degree at the Conservatoire National Supérieur de Musique et de Danse de Paris in Olivier Chassain‘s class with the highest distinction . He started guitar with Jean Luc Rocchietti, then he continued with Olivier Chassain at the Conservatory of Bordeaux where he graduated with the highest jury distinction. He also received professional guidance from Jeremy Jouve during two years. Antoine is now in pedagogic studies in the CNSMDP and he teaches in the St Maur des Fossés Regional Conservatory in France.