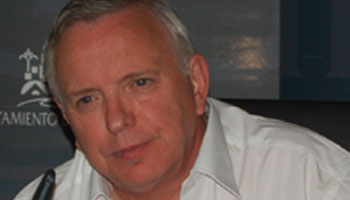 A graduate of Jesus College, Cambridge, and Fellow of Trinity College of Music, London, Graham was formerly Head of Strings and professor of guitar at the City of Leeds College of Music and Tutor in Guitar to the Universities of Leeds and York. His publications include biographies of Andres Segovia, Joaquin Rodrigo and Gina Bachauer, books on guitar history, and aspects of musical form. An Advisory Editor and contributor to The New Grove Dictionary of Music and Musicians and to The New Grove Dictionary of American Music and Musicians, he has been appointed as General Editor for a series of paperbacks on music for a leading American publisher. He has been an external examiner in guitar at the Royal Welsh College of Music, the Royal Scottish Academy of Music, the Dublin Conservatoire, and the Leeds College of Music, and has been an adjudicator for international guitar competitions and music festivals in the USA, Germany, Ireland, Greece, Spain, and the United Kingdom. Graham Wade is internationally acknowledged as one of the foremost writers on the classical guitar.

He has written programme notes for Andres Segovia, Julian Bream, and John Williams, etc., and liner notes for various leading record companies including Naxos, Deutsche Grammophon, EMI, ASV, Nimbus, Sony, Teldec, Chandos, Aurophon, etc. Between 1990 and 1995 he was founder-editor of the European Guitar Teachers’ Association Journal (EGTA UK). He has written articles for The Times, The Guardian, The Independent, Guitar International, Classical Guitar, Soundboard, Il Fronimo, Creative Guitar International, Gitarre und Laute, Classical Music, Music Teacher, Gitarr och Luta, The Strad, Gramophone, Amateur Photographer, BMG, Music and Musicians, Practical Musician, Muzyka21, Musical Times, Music in Education, Private Eye, Cambridge Daily News, Northern Echo, Piano, Literary Review, Egta Journal,etc. From the 1960s onwards until 2002 he fulfilled many performing engagements throughout England, as well as playing recitals in Spain, Scandinavia, Holland, New Zealand, Hong Kong, Kuwait, Canada, etc. During these years a number of solo pieces were dedicated to him by various composers and five concertos which he premiered. His concerts included a shared recital with Malcolm Williamson, Master of the Queens Music, and performing at a special celebration of the music of Sir Lennox Berkeley in the composer’s presence. In 2002, Graham Wade was awarded the Schott Gold Medal for his contribution to Rodrigo studies and in 2006 was given an official reception in Madrid, attended by the British Ambassador and Spanish scholars for his biography of Joaquín Rodrigo, the first in the English language.

From the reviews: Joaquín Rodrigo – A Life in Music (Travelling to Aranjuez 1901-1939) My family and I believe that this is the book which needed to be written and that it will generate an enormous interest in both the music and the life of Joaquín Rodrigo. Cecilia Rodrigo, Marquesa de los Jardines de Aranjuez Every aspect shows the author’s sensitivity and meticulous attention to content as well as presentation. There is certainly nothing comparable to this work in Spanish. Katherine Zegarra, Ediciones Joaquín Rodrigo, Madrid A major achievement and deserving of a wide audience. William Yeoman, Gramophone Author Graham Wade has become the composer’s Boswell…Rodrigo’s fascinating life story comes shining through…the Rodrigo lover’s jackpot. Philip Clark, Book of the Month, Classic FM magazine A substantial contribution to our knowledge of Rodrigo and 20th century music…It is guaranteed an honoured place on the shelf reserved for music biography. Colin Cooper, Classical Guitar Enter the tireless author, teacher and guitarist, Graham Wade, to tell a story of even more tireless determination to succeed. And the music in all its unfamiliar range is the heart of Wade’s mammoth undertaking, the first in English. Robert Maycock, BBC Music This first biography of Rodrigo in English is further testament to Graham Wade’s seemingly inexhaustible energies…a terrific tale…a revelatory read. Andrew Green, Classical Music A New Look at Segovia, His Life, His Music, Volumes 1 & 2 (with Gerard Garno) The most remarkable piece of classical guitar scholarship we are ever likely to see. Brendan McCormack, International Guitar Festival of Great Britain Segovia – A Celebration of the Man and His Music Graham Wade has spent a generous amount of time putting together this book in praise of ‘my first’ 90 years. My gratitude corresponds faithfully to his noble intention and the arduous work accomplished…I hope that this lively and affectionate book will be received with the appreciation and success it merits. Andrés Segovia Gina Bachauer – A Pianist’s Odyssey I treasure every page of this fascinating biography, a beautiful testimony of love and admiration of both the human being as well as the artist who has left us with so much to enrich our lives. Irene, Princess of Greece This book provides an excellent record of a unique life. Sir Edward Heath I know of no biography of any pianist – not even the greatest in the world –whose life, both musical and personal, has been chronicled in such illuminating detail. No music lover in the world could fail to enjoy every page of this vivid story. Joan Chissell The Art of Julian Bream Graham Wade is the ideal writer to undertake the task of writing a detailed book about the musical achievements of our most celebrated guitarist…This book is surely indispensable to anyone who values the work of Julian Bream…It comes off successfully, even triumphantly, and will be the definitive book on Julian Bream for a long time to come. Colin Cooper, Classical Guitar This eminently readable and quite fascinating book, superbly and generously illustrated, is most enthusiastically recommended. Robert Matthew-Walker, International Record Review This is a delightful book, for reading or for reference…It will surely be a ‘must’ for Bream’s innumerable fans and for all those interested in the guitar in the twentieth century. David Grimes, Soundboard Traditions of the Classical Guitar Graham Wade has shown his love of the guitar from the first page to the last – true love and understanding. Andrés Segovia