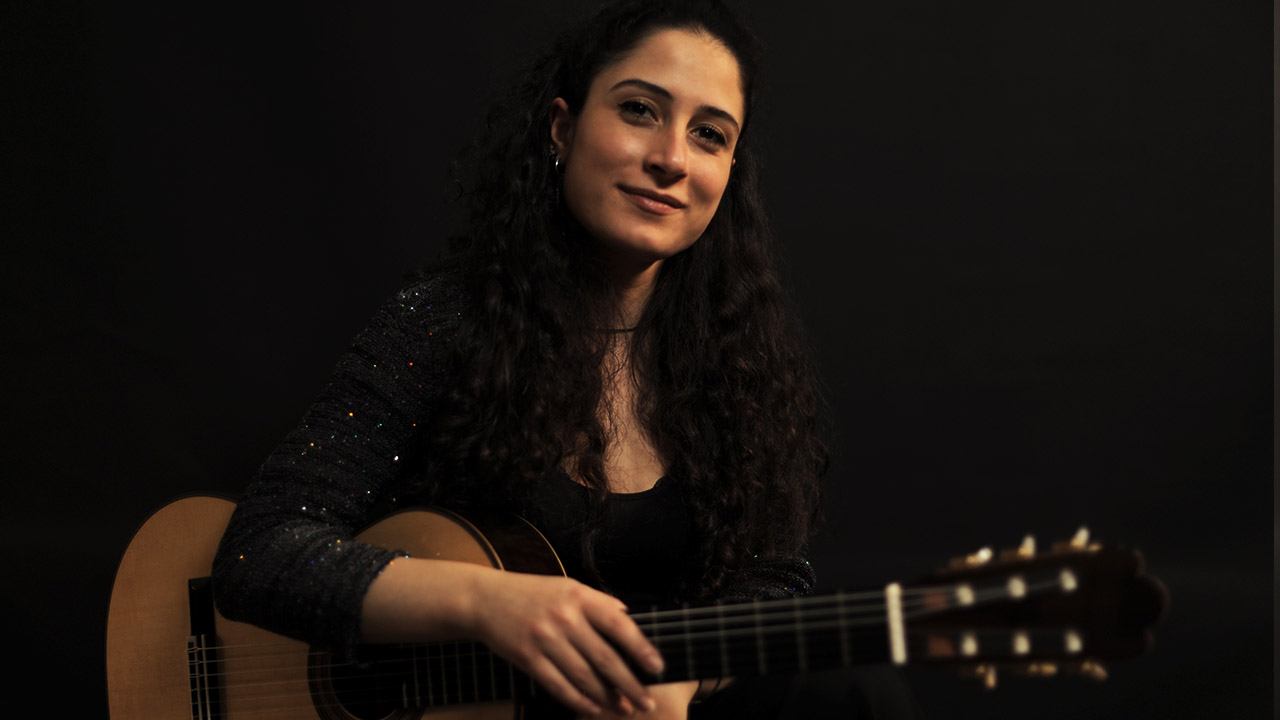 The classical guitarist Eleonora Perretta was born in Naples, in 1995, and began studying the guitar at the age of six. As early as 14, Eleonora Perretta won First Prize at the International Guitar Competition ‘Luigi Denza’ in 2010 and has continued to win prizes in national and international guitar competitions. She won First Prize at ‘Eduguitar’ International Guitar Festival in 2016. In 2018, she graduated summa cum laude from the Conservatory of Music ‘San Pietro a Majella’, Naples, where she studied with Vincenzo Amabile. She also studied with Aniello Desiderio at ‘Stefano Strata’ Academy in Pisa. In 2020, Eleonora Perretta won the ‘Special Edition Prize’ at Koblenz International Guitar Competition and First Prize at Mottola Festival International Competition. She is currently studying with Aniello Desiderio for a Masters at the Conservatorio di Musica ‘Domenico Cimarosa’ in Avellino, and with Paolo Pegoraro at Segovia Guitar Academy in Pordenone, Italy.
Eleonora Perretta has several recording projects for DotGuitar records: as soloist, she is recording a collection of guitar sonatas, as well as an album dedicated to J.S. Bach; in duo, with Lucio Matarazzo, a première recording of music by Ida Presti for two guitars. They are also working on Perretta-Matarazzo Collection of original music and transcriptions for two guitars for the publisher Ut Orpheus; the first volume is of Scarlatti’s Sonatas.