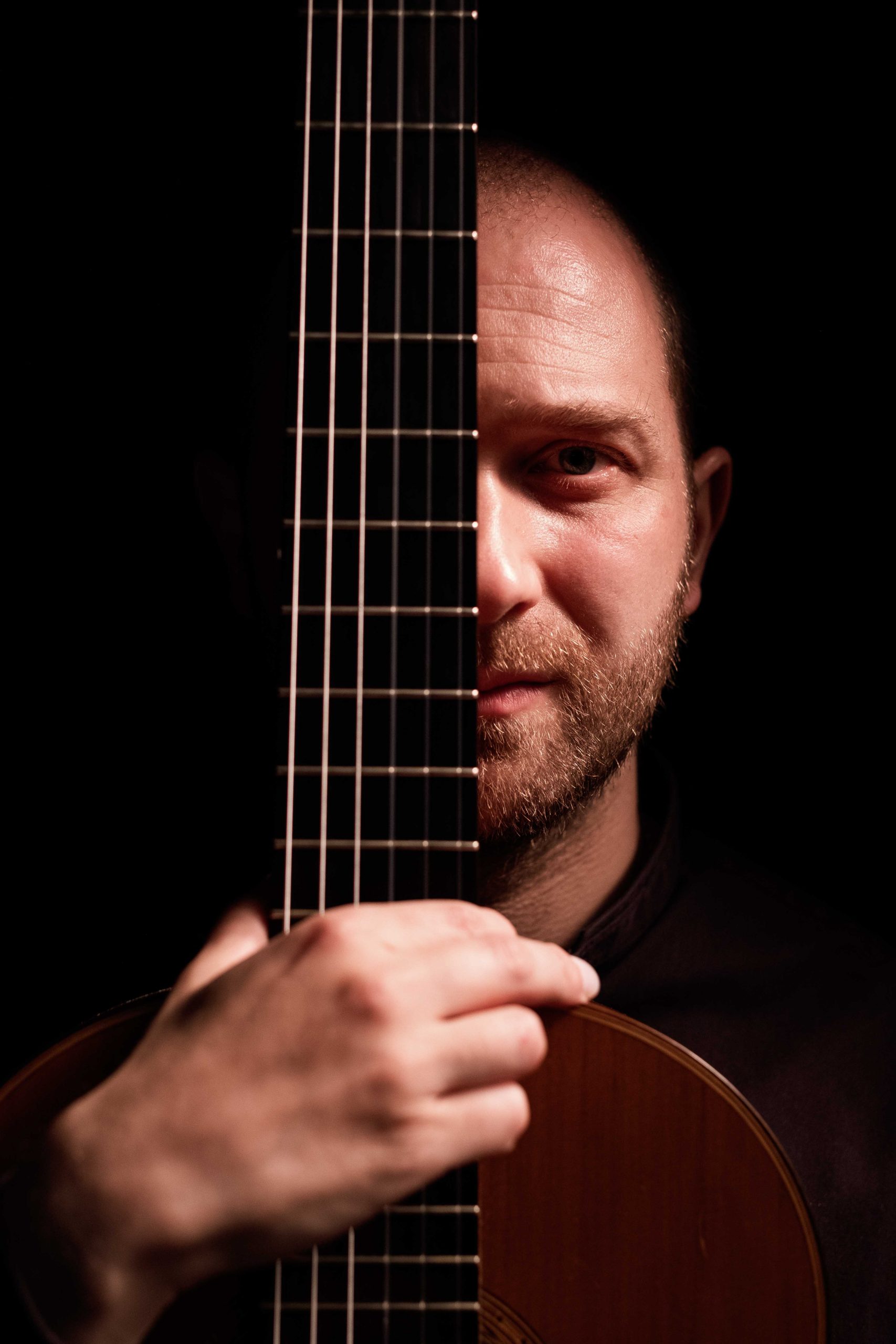 He discovered his passion for guitar music at the age of nine. He received his first lessons from his grandfather, then from Giulio Disposti and from the renowned guitar virtuoso Flavio Citatto, who was a student of Andrés Segovia. Aliosha De Santis received his education in classical guitar at the Conservatorio die Santa Cecilia in Rome and received his master’s degree at the Conservatorio G. Tartini in Trieste. He won, among others, a scholarship for 19th century music. Aliosha De Santis is a winner and finalist of numerous international guitar competitions. He attended numerous master classes with internationally renowned guitarists, such as David Russel, Marco Socias, Marcello Rivelli, Virginia Luque, etc. and master classes for music orchestra with Fabrizio Bastianni and Tonino Battista. Aliosha De Santis performs as a soloist in his native Italy and abroad. Numerous radio recordings and television appearances have followed. Among others, he is co-director of the International Guitar Seminar in Reisbach.
Aliosha De Santis knows how to play the guitar at a high level. Whether melodious or spirited, delicate or staccato. With great dexterity and the feeling for the right interpretation of the pieces.